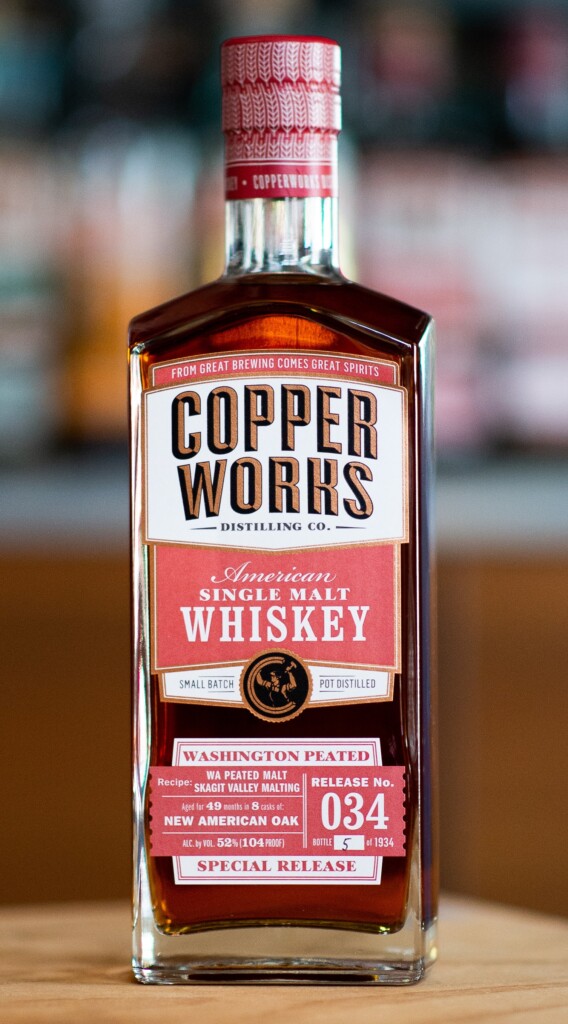 Released today: Copperworks Peated Malt Whiskey. And it’s not made from just any old peated malt — it’s made from locally grown barley that was malted with peat from a bog in Washington State!

We’re proud to release a whiskey that features the unique flavors from our home state of Washington.

This release comes from eight casks of whiskey that were brewed and distilled from 100% of the Copeland variety of barley grown in Washington’s Skagit Valley and smoked during the malting process with Washington peat. Each cask of whiskey was matured for just over four years in lightly charred (char #1) new American Oak casks. As with all our whiskey releases, we published detailed Production Specifications of the release.

It started long ago in a lakebed in the Pacific Northwest

Peat is decomposed organic plant matter that has been compressed in the ground for thousands of years. Peat is burned during the malt drying process and imparts a distinctive smoky flavor to the barley. The peat used by Skagit Valley Malting was harvested from a lakebed on the Olympic Peninsula in Washington. It’s the only peat bog we’re aware of in the state that can be commercially harvested.

Copperworks Peated Single Malt Whiskey is currently available only directly from Copperworks in our online store and at the distillery.

Free shipping in the continental U.S. with purchases of at least $115