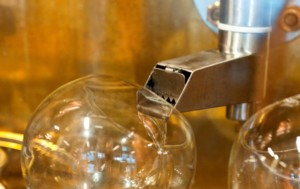 The most delicious portion of Copperworks whiskey comes out of the still after the distiller makes the “first cut.”

First Cut 2020 is now sold out. We’ll announce the availability of First Cut 2021 later this year to our email list and Facebook.

In distilling, the best-tasting whiskey begins to flow from the still when the distiller makes the “first cut.” Like you, the distiller doesn’t want to miss the opportunity to capture that precious spirit. So we created Copperworks First Cut.

First Cut subscribers will be able to buy any of our special, limited-edition releases (releases with fewer than 800 bottles) one week before they’re available to the public. And you’ll receive one bottle of a special single cask release of Copperworks American Single Malt Whiskey exclusive to First Cut subscribers.

For a one-time fee of $120 (not including shipping), Copperworks First Cut 2020 subscribers will receive:

Even though all of our releases are quite small and special relative to the majority of the whiskey industry, we consider anything over 800 bottles a “standard” release and not part of the First Cut Program. With that larger volume, you should have no problem getting your hands on them.

About the First Cut 2020 Whiskey Release

Production Details: This year’s release is made from 100% pale malted barley. It matured in a full-size, new American Oak barrel (Cask #176) with a light char #1 for 3 years and was bottled at cask strength, 57.3% ABV. Only 120 bottles will be released.

In Time for the Holidays

Customers who purchase First Cut 2020 before 5pm, December 13, 2019 can expect to receive the exclusive whiskey release and a card indicating your First Cut status by December 24, 2019. If this is gift, you can give just the whiskey or give the full First Cut subscription.

Please visit our online store to purchase First Cut. Cost is $120 (does not include shipping of the special whiskey release or any advance purchases made in 2020. See shipping fees.)

To give First Cut as a gift: put the name and e-mail address of the intended recipient in the “Add special instructions” box on the “Your cart” page of the online store. And put the recipient’s name and physical address for the Shipping Address.